Let’s run the world together

For nearly two years now, we’ve kept quiet about what we’re building because we’ve been super-busy building it. But we’re ready to start sharing everything we love about our sparkly new app with you. Which is appropriate – because Racefully is all about sharing. From the moment we launch in January 2016, Racefully will redefine your running experience, to make it much more motivating and, we hope, joyful.

So, how exactly is Racefully going to rock your running world?

Perhaps the best place to start is why we’re different. From the day we started work, our most important goal has been to build an app that people love to use – together. There wasn’t one out there when we started work on the first designs, and there still isn’t one available – yet. But Racefully will change this.

The leading running apps claim they’re social, but really, they aren’t. You put your headphones in and then run on your own. After you’ve finished, you get to compare your results on a leaderboard, and maybe share your route on social media. To the extent you’re interacting with other people, it’s only after the event and about who beat whom. And the victories eventually seem pretty hollow when you realise the newest King of the Hill beat you by a couple of seconds on a route you did last year, on the hottest day of the Summer. Let’s face it, running with the current crop of apps has come to feel very routine, and actually, quite solitary.

So we decided to re-imagine what running with a truly amazing app could be like. And then we built it, because we wanted it, too. 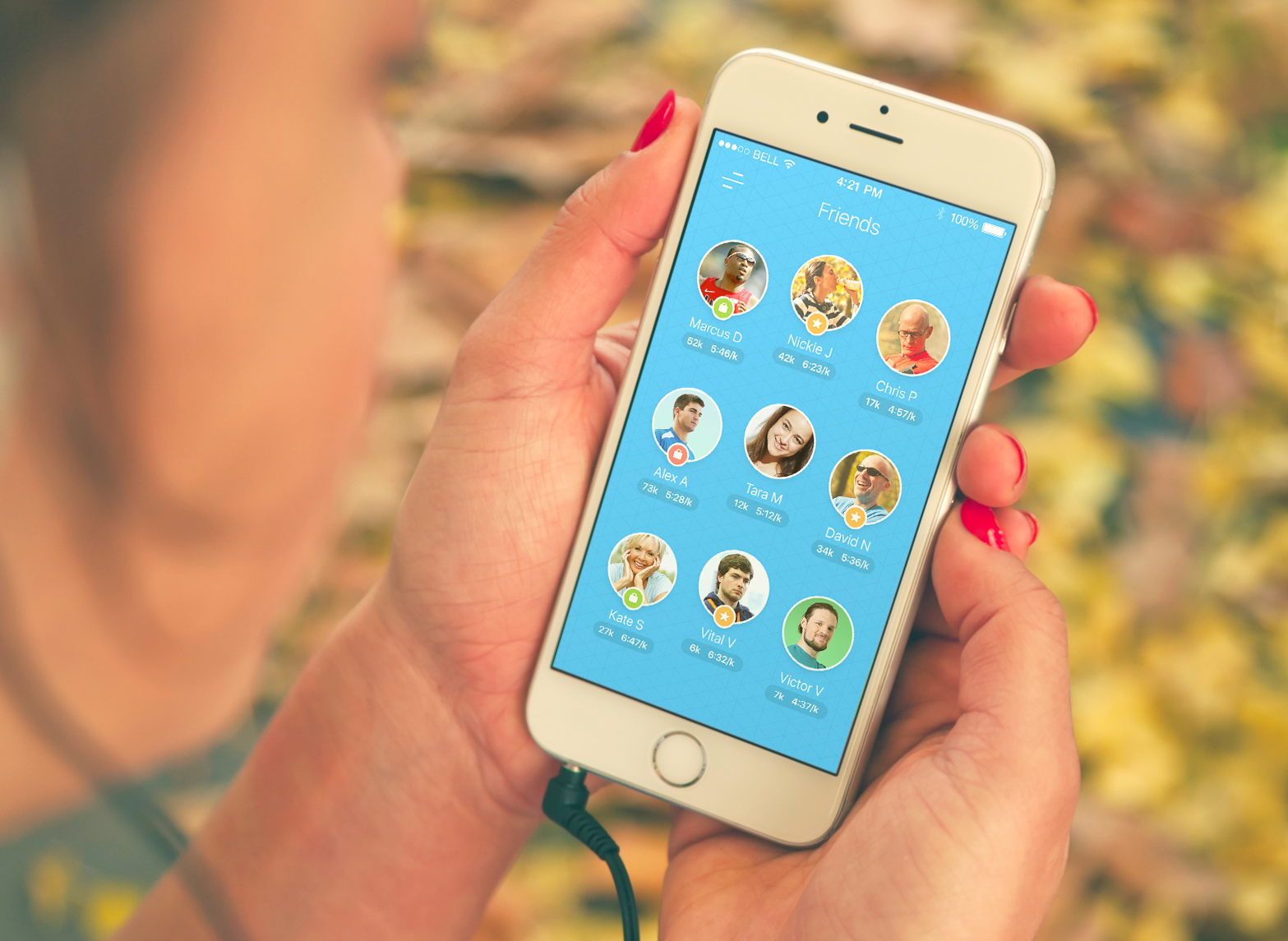 First of all, Racefully lets you run with your friends – in the moment – wherever you are. You could be in your local park and they could be half way round the world. But Racefully lets you start and finish your run together, talk together while you’re running (if you’re fit enough!), and – if you want – Racefully will keep you updated on how everyone’s doing.

Most of all, Racefully lets you run how you want to run.

If you want to race your friends, you can. Racefully will tell you who’s pulling ahead and who’s falling behind. And if winning fairly matters to you, you can tell Racefully to adjust automatically for the conditions where each of you is running, so if you’re racing uphill when your buddy’s pulling away on the flat, Racefully will take account of that. Just as it will if it’s hotter where you are, or windier.

For the first time ever, we can actually compare real effort with real effort. Which is awesome. Why? Well, for a start, the fair weather downhill runners won’t always win any more. Nor will the guys who sprint the 1K segment on your 10K route. Put it another way, you can race anyone anywhere in the world, and it’ll be a fair race. And if you want to look at a leaderboard, it will actually mean something. How neat is that?

What else? Well, unlike other apps, we understand that not everybody wants to run just so they can beat someone else. There are as many reasons to run as there are runners. It could be that you’re de-stressing after a tough day, or building up to a longer distance.  Maybe you want to run with friends at sunset, or in your favourite park, or in the early morning on a leafy trail. Perhaps you want to support someone who’s training for a new challenge, like losing weight, or recovering from an injury. Or you might just want to run for the sheer joy of it and the endorphin rush afterwards. In short, with Racefully, you can run with other people, and you don’t have to beat them – you can just enjoy being with them, and supporting each other while you do it.

And there’s more. Maybe you’re the only runner you know, or at least the only one near where you live. Perhaps you’re finding it hard to stay motivated. With Racefully, you can find new people to run with, in your city (or your town, or village) or – just as easily – on another continent. You can find people who like to run when you like to run, or go at your pace (or if you’re feeling brave, a little faster). And you can run together. Maybe even talk about the different sights you see, the challenges on the route, or how much you’re looking forward to your morning coffee. While you’re running, you can cheer each other on and, afterwards, you’ll be able to share photos of your run.

But what if, one day, you just want a bit of “me time”? Maybe you want to run in your own little bubble for a change. Even the best of us can sometimes feel a little anti-social, particularly if we’ve had a bad day in the office. Well, we’re down with that, too. Racefully lets you be as social as you want – or not. You can just choose to run on your own but, if you want, you can still choose a run someone else has done previously, and run against them (it’s a kind of ‘ghost’ running, only against real people’s previous runs) – and they don’t even need to know. Unless of course you want to tell them afterwards, when you’ve completely owned them. Genius!

Racefully lets you set yourself goals too – from running further or faster to losing weight, and it will track your progress against them – and beep, hoot, whistle, buzz or simply sing for joy when you achieve them. You can also share your goals with the Racefully community, which means other people can support you as you progress – there’s nothing like a bit of encouragement from a friend to get out for an extra run this week. And, of course, you can support your friends as they achieve their goals. Racefully will keep a record of all your achievements and give you awards as you reach them, so you can take a peek at your medal cabinet now and then, and feel great about yourself, like you deserve.

We hope you love what you can do with Racefully as much as we do. There are plenty more features in the pipeline and we’ll share them with you soon, as we get ready to bring them to our community.

So, what can you do now if you’re as excited as we are about Racefully? First, if you haven’t signed up for early access already – do that now! It’s simple – just go to www.raceful.ly

And if you really like the sound of what we’re up to, we’ll be blogging soon about a chance to invest in Racefully. We’re in the middle of a funding round and have just listed on a crowd-funding platform, so if you’re interested in startup investment, you can get involved and own a piece of what we think will be the most exciting fitness app of 2016. We’ll tell you more about this in the next post.

As you can see, running’s about to get much more friendly and fun, and we can’t wait to share the experience with you.

Racefully – made with love in London